We are an entrepreneurial investment firm that seeks to acquire, actively manage, and grow a single privately-held small to medium-sized business that is currently, or have the potential to become, a leader in its industry. While we are industry agnostic, we have a set of investment criteria we rigorously apply in our evaluation of opportunities.

What We Are Looking For:

Why We are Different:

At Stellar Associates, we recognize the distinct qualities of every business. It is through our extensive knowledge and industry experience that we are able to merit every investment with the appropriate research and value-add to the business. We are particularly attracted to the following: 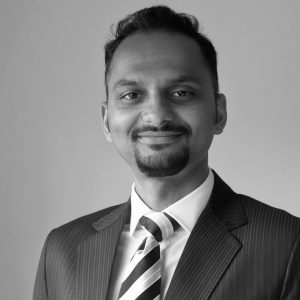 Saquib is a self-made entrepreneur himself, having started his own O&G service focused firm Castrum Energy Partners. Prior to this, Saquib also worked for Shell, where he headed a team of 50+ engineers at their oil drilling facilities in Scotland. As a culmination of all his experiences, Saquib also spent time with a London based Private Equity firm, First Reserve Momentum.

Saquib holds a MEng in Engineering from the University of Southampton, and a MBA from the London Business School. He is also a semi-professional badminton player as well as an avid traveler.

Simon is a director of Stellar Associates. Simon is an entrepreneur and angel investor. He acquired orthotics and prosthetics business Rehabilitation Services Ltd in 1995 that he grew as a CEO from £3.5mil to £30mil sales when is sold it in 2005 realising an excellent return for investors. He became the chairman of the industry association, representing the industry at a Government level.

Simon remains entrepreneurial and is committed to building businesses and generating capital growth in either an executive or non-executive capacity. He remains primarily focused on opportunities in the healthcare sector. Simon holds an MBA from London Business School.

Scott is a director of Stellar Associates and is a very successful investor with a wealth of experience in small to mid sized business. He spent many years in the venture capital industry, successfully managing a family of funds for a wealthy New York investor. He is currently investing solely for his personal account, managing a portfolio of public and private equity investments. He sits on several corporate boards and is a graduated from Harvard College.

Andrew is a Director at Eisvogel Group, an industrial holding company with offices based in London and Zurich. The firm invests in UK & DACH growth stage, high margin, value-add industrial and associated service businesses, including enterprise software, that underpin Industry 4.0 or in traditional industry and engineering firms that can benefit from the innovations of the “Smart Factory”.

Andrew has over 10 years of experience in private equity and holds an MBA from London Business School.

Eisvogel an industrial holding company with offices based in London and Zurich. The firm invests in UK & DACH growth stage, high margin, value-add industrial and associated service businesses, including enterprise software, that underpin Industry 4.0 or in traditional industry and engineering firms that can benefit from the innovations of the “Smart Factory”.

Kinder hook Partners (New York, US) are an investment partnership focused on making long-term investments in public and private companies started in 2003.

Cabiedes & Partners (Madrid, Spain) are typically a venture capital firm focused on investing in technology companies and Internet in Spain and have started to also invest in Search Funds in Europe.

Rob is a director of A.R.P. Capital Partners. Rob co-founded and ran a US-based venture capital backed company in the 1980s. Since the successful sale of the company, he has been an active investor in a number of private companies in the US and the UK. Rob is a partner in Dublin-based Delta Partners, serves on the Advisory Board of Palamon Capital Partners in London, and is Visiting Professor at IESE Business School in Barcelona, where he teaches a course on venture capital.

Maurice is a director of A.R.P. Capital Partners. Maurice is an investor, entrepreneur and former part-time professor at London Business School. Over the course of his career, he has invested in a number of new and developing businesses, both in the US and Europe. He co-founded Sea Containers with James Sherwood in 1965. He co-led the buy-out of SDX Business Systems, a telephone equipment business, and was its chairman when it floated in 1996 and eventually sold to Lucent in 1998. He is a prolific angel investor in the UK, and was the only investor in Innocent, the well-known UK maker of smoothies and is one of Innocent’s major shareholders. Maurice received his undergraduate degree in economics from Yale University and an MBA with Distinction from Harvard Business School.

Mr. Thorndike founded Housatonic Partners in Boston in 1994 and has been Managing Director since that time. Prior to that, Mr. Thorndike worked with T. Rowe Price Associates where he did investment research in the nascent field of business services and Walker & Company where he was named to the Board of Directors. Mr. Thorndike is a graduate of Harvard College and the Stanford Graduate School of Business. He is a Director of Access Information Management; Alta Colleges; Continental Fire & Safety Services, LLC, Carillon Assisted Living, LLC; Liberty Towers, LLC; OASIS Group Ltd.; White Flower Farm, Inc., and a Trustee of Groton School and the College of the Atlantic

Mr. Egan is founder and General Partner of Alta Communications and Marion Equity Partners LLC, Massachusetts-based venture capital firms. He founded Alta’s predecessor firm, Burr, Egan, Deleage& Co. in 1979, and has identified and backed several of America’s leading growth companies in the information technology, life sciences, and communications industries. He was one of the first investors in Fedex Corporation and is currently part owner of the Boston Celtics. Prior to founding Burr, Egan, Deleage& Co., Mr. Egan was a Partner at TA Associates. He began his career as a Manager of Venture Capital for New England Enterprise Capital Corporation.

Mr. Egan is past President and Chairman of the National Venture Capital Association, a former Trustee of Fairfield University, a member of Wharton’s Board of Overseers, and a Trustee of the University of Pennsylvania. He is a member of the Board of Directors of Cephalon, Inc., CRH plc, and a number of privately held companies. Mr. Egan is also a trustee of the Isabella Stewart Gardner Museum and the Duniry Foundation. Mr. Egan received a degree in Economics from Fairfield University and an MBA from the University of Pennsylvania’s Wharton School of Finance.

Peter Schober has been in venture capital since the mid-1980s. He founded and runs Milk Street Ventures, a firm that specializes in secondary transactions involving the acquisition of stakes in venture-backed technology companies near liquidity events. Earlier in his career, Mr. Schober started and ran the international investment activity of Boston-based M/C Partners with an office in London. He helped develop business plans and recruited senior management teams for several sizeable telecommunications start-ups with recurring revenue models. Mr. Schober also co-founded MVP Ventures, investing in a wide range of sectors, including information technology, communications, hospitality, and industrial.

Throughout his career, Peter Schober has enjoyed working closely with entrepreneurs as they grow their businesses, frequently serving on their board of directors. Backing highly talented and ambitious search fund entrepreneurs is a natural extension of his interests and an important component of his personal investment activity. After growing up in Europe, Mr. Schober earned a bachelor’s degree in international economics from Georgetown University’s School of Foreign Service and an MBA from the Wharton School of Finance at University of Pennsylvania. As a Fellow at Penn’s Joseph H. Lauder Institute, he also received an MA in International Studies.

Andrew was previously a Vice President at Goldman Sachs where he advised gold producers, end-users, central banks & investors across the Asian region as to appropriate commodity derivative hedging strategies. He cut his teeth in this sector at SocieteGenerale in Tokyo and Sydney.

Andrew was a seed financier of IDM Limited, which was eventually sold to Gameplay Plc in 1999. He moved on from Goldman Sachs in order to pursue further angel investments and to manage his own portfolio.

In 2001 he founded ARC InterCapital Ltd. His business acumen comes from his extensive experience in finance, international markets and sales. He admires the investment strategy of Warren Buffett, the management philosophy of Peter Drucker and the execution-focus of Jack Welch.

Andrew graduated from Aberystwyth University in Wales in 1991 with a degree in International Politics and has an MBA from London Business School. He is an Enterprise Fellow at the Prince’s Trust.

Jürgen (Munich, Germany) is founder & CEO of Mirablau, an investment & consulting group based in Munich. Mirablau holds various private equity and VC investments in Europe. Jürgen currently serves on several advisory boards. Before founding Mirablau in 2001, Jürgen worked with industry leading companies like Rodenstock and Roland Berger & Partner. Jürgen holds a Masters degree of engineering from Technical University Munich and graduated from IESE Business School (MBA). He was a lecturer at the Ludwig-Maximilians-University entrepreneurship center in Munich and is board member at the IESE search fund center

Mr. Claus von Loeper was a Member of Executive Board, Member of the Management Board, and Member of Board of Directors at Hannover Finanz GmbH. He was on the Executive Board since 1996. He joined the firm in 1991 and became a part of the management team in 1996. Mr. von Loeper was a Management Consultant at Bain & Co. from 1981 to 1983. He was Deputy Head of Central Marketing Management at Continental AG. From 1984 to 1987, he was the Director of Strategic Planning at Continental AG and following this with various marketing management functions. Mr. von Loeper holds an M.B.A. from Harvard Business School and a degree (Dipl.-Kfm.) from the University of Mannheim.

León (Madrid, Spain) has engaged in investments for listed and unlisted companies, as well as real estate investment through Alcarama Projects Real SL. Leon is also Chairman of the company first acquired by a Fund search in Spain. Previously, Leon founded and was CEO and CIO of BBVA AV & Partners, a company dedicated to the management of Hedge Funds (2000-2013). Leon was also Managing Director and Head of Proprietary Trading of Banco Santander (1997-2000), and Treasurer and Member of the Board of Directors of Bank Of America SA in Spain (1987-1997). Leon is a graduate of the University of Deusto (1981), and has a Master in Business Administration (MBA) from IESE (1984). 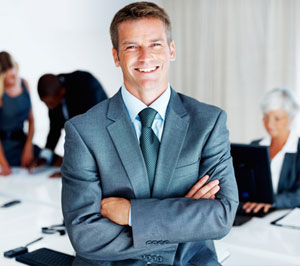 At Stellar, we have a high regard for dynamic business owners who are considering retirement or taking a step back from the day-to-day involvement in their company. 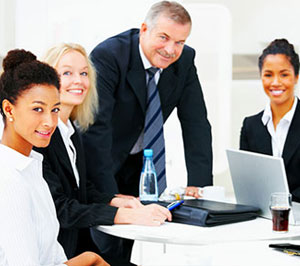 Being from an entrepreneurial background, the Stellar Associates team recognises that giving up control can be difficult. We will work with you to smoothly and quickly transition day-to-day operational control of your company to us. We also respect and want to ensure that the employees of your business do not feel any pinch or difficulty as a result of the management conversion process. 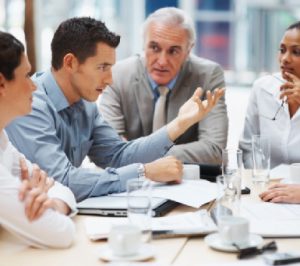 We understand that your family’s history is likely to be inextricably linked to your company’s past, and there is often a strong desire to preserve this legacy for the future. We will work sensitively with all family members to provide you with a succession option that keeps your business independent and looks after the values, culture and employees that have been built over generations.